I guess it was the natural order of life. It was a shock though. To come home that night and find Dan’s face buried in Nicole’s pussy. The two of them had always been close and it had been obvious that Nicole had stirred up something in her father. If anything, Nicole’s more provocative behaviour around him had made our sex life better. Dan had been fucking me harder than before.

What shocked me that night, what I remember the most was my daughter’s grin when she saw me.

Nicole was sat in Dan’s favourite chair, her legs spread and resting on the chair arms. Her yellow summer dress hiked up. Her father was on his knees, face buried in her crotch, his hands rubbing her inner thighs. He was eating her pussy the way he’d eat me out. Dan liked easy tongue access to pussy and ass.

It was Nicole’s face that got to me. She had this wicked grin and looked at me as though she’d won some fictional competition. I was never in a competition with Nicole.

Yes, there was a moment of jealousy. I did feel a little hurt at first, even though I knew that Nicole had been trying to seduce her father. The way she had been showing off her body to him, walking around the house in low cut tops, sometimes only wearing her panties and a shirt. Even that way she had stopped locking the bathroom door or leaving it ajar when she was in the shower.

I had never talked to my daughter about it.

I felt that jealousy because I felt left out. A strong bond had grown between father and daughter and a secret they shared had now come to light.

For that moment, I watched. I watched my husband of twenty years make my daughter orgasm. I watched my eighteen-year-old daughter put her hands on her father’s head, pushing his face into her pussy. I watched her grin at me as her eyes closed and her body shuddered.

I had that brief moment of jealousy of their secret, then I grinned at Nicole, gave her a thumbs up and headed upstairs.

“She’s got my grin,” I said to Dan when he came into our bedroom.

Now it was Dan’s turn to show some surprise. He was contrite at first. I could see that uncertainty in his eyes, not knowing if I was mad at him or not. Rarely did I ever shout at Dan. He admitted it wasn’t the first time he’d eaten his daughter’s pussy but that was as far as it had gone. They hadn’t fucked. Nicole had not even given her daddy’s cock any attention, hand or mouth. I was glad about that. At least there was something between them I could be a part of.

As he came I whispered in his ear, “Maybe next time Nicole can help us.”

Nicole was a little embarrassed the following morning as we sat in the kitchen drinking coffee. I looked at her. I don’t whose genes gave my daughter her hair. Long, straight golden hair. My hair became a mess that I could never tame when it grew beyond my shoulders. Nicole’s hair never looked bad. She was a beautiful young woman, about my height and a couple of dress sizes lower.

We talked for a while about my night out. I had been to a concert with my friend Lara, my bitchy girlfriend who had seduced me a few years before. Nicole knew her parents had a semi-open marriage, we’d explained things to her before so that wouldn’t be any confusion on her part about her parents having extra lovers. Dan and I had only one rule, no bringing anyone back to our home. I joked that, technically, Dan fooling around with his daughter had broken that rule. Nicole laughed at that and the mild tension between us evaporated. Something I was grateful for. I did not want either of them feeling that this was wrong.

That morning, I told Nicole about my experiences with my daddy.

I guess you’d call them convenience stores now. Back then it was the local corner shop. We lived in a small village on the fringes of an ever-growing city. My parents owned the shop. My brother and I grew up knowing everyone. The shop was the central social hub. It was a fun time before the rise of the internet or the growth of the supermarket chains and their smaller stores which engulfed and killed off smaller stores.

I always helped in the shop. It was fun, and daddy would always pay me for the hours I worked. No need to go out and get a summer job anywhere else. I could stay at home. As I got older and family holidays stopped being so much fun, my parents would take a week or two together, leaving me and my brother to run the shop. Well, I ran the shop. My brother was a lazy ass, more interested in hanging out with his friends.

There was one morning, daddy and I was sorting the magazines, as we did every week. The old, unsold ones swapped out for the new ones. We had an old wooden ladder to make it easier to deal with the top shelf. Daddy had only recently let me use the ladder since the magazines in question were the porn ones. Not that I cared that much. I always found it fun to be working in the shop when some of the local boys would come in and gaze at the top shelf. They’d cast furtive glances at me. I knew they wanted to buy them or, at least, look at them. I found it funny when I found out there was an on-going dare to see which one of them bought one while I was in the shop. I went to school with these guys, I knew what was going on.

None of them ever did because my brother would steal the occasional magazine anyway.

I would end up marrying one of those boys but that’s a whole other story. Back then, I had never even seen a real cock and was still very much naive about most things relating to sex.

That morning, I ended up flicking through one of the magazines. Daddy wasn’t around at the time. I looked at the photos of girls. Breasts, legs, pussies, all on display and got a little aroused. It was still early. The shop wouldn’t open for another hour. I was thinking about stealing one of the magazines for myself when daddy came back into the shop. He looked at me and smiled. I closed the magazine and climbed up the ladder to swap take out the old editions, passing them down to daddy.

I paused for a second when he handed me the new editions.

“She does look a little bit like you,” daddy said, then laughed at his own little joke.

“Except she’s got much bigger tits,” I replied without even thinking. I know my face turned a shade of scarlet.

“Really?” daddy said. “Yours are quite big.”

“They’re not.” I could feel my face getting redder.

Daddy took one of the magazines from me and flicked through to the cover girl’s set inside. He appeared calm about it, as though he was flicking through a book to find a fact to prove me wrong.

“Really? I guess I never understood bra sizes. I just like boobs,” he said and laughed again.

“What guy doesn’t?” We both laughed.

“So, your boobs aren’t that big then?”

“Maybe you’re right,” he said. “Yours are smaller but look so much better.”

“Your turn,” I said. My face was now red because I was hot. I wanted to see a cock, any cock and daddy’s was looking like it needed some air.

I looked down at the obvious erection he had.

“Oh,” he said and unzipped himself.

For the next few minutes, I sat on that ladder as daddy masturbated himself in front of me. Neither of us touched each other. I wanted to rub my pussy, but I was too fascinated watching a man stroke himself to completion.

Daddy came on my tits.

“Was it just that one time,” Nicole asked me.

“Not at all,” I said. I was somehow proud of Nicole. I felt an inner glow that radiated through my whole body, although it centred on my own pussy. “What do you want to do with him?” 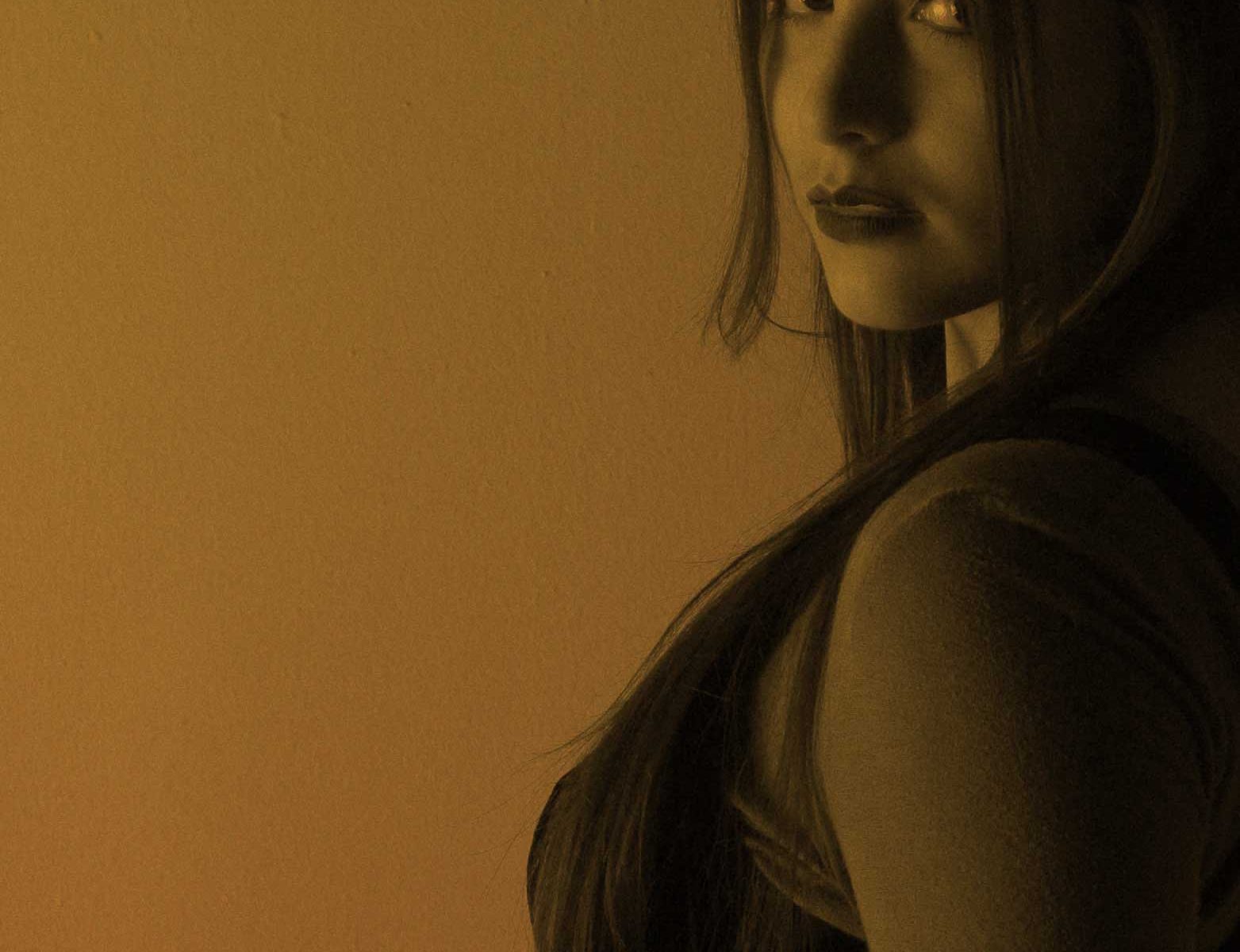 Marcus was almost a foot taller than me, but I was always a little short ass girl. He’d grown more like his father. Big and beefy. No wonder he played football. His hands could be gentle when they touched my skin. Especially when he rubbed me. Palm pressed on my clit, fingers moving up and down the labia. His fingers were bigger than some cocks I’ve had in my time. He could also be rough. Strong enough to toss me around and powerful enough to piledrive my holes.

I loved fucking my son. He was so much like his father that I wasn’t the least bit surprised that those thoughts had entered my mind a few months ago. Sure, I could have gone out and found guys like that but Marcus, like his father, had that certain something I wanted. His cock. Which, like the rest of him, was big and beefy.

There are few pleasures in life that are greater than sucking a thick cock and I loved the feeling as he got hard in my mouth. Taking my son’s cock while soft and letting my lips and tongue make him hard gets me wet. I can feel my own arousal growing as his cock does.

“Come on. Fuck me,” I whispered to him. “Get in between my legs and fuck me hard. Don’t hold back.”

He mounted me. His hot breath on my face. My hands on his ass. I felt every inch of my son’s cock enter me. He kissed me with a passion reserved for these moments. One which felt rough. His weight pushing me down. Pinned. Helpless. His hands over my wrists, keeping me in place.

“Pound me. Fill me up with your big, fat dick!”

He gave me everything he had. Violently thrusting himself into me. Slamming his cock into my ever-eager cunt. I was helpless to resist but never wanted to. I was his fuck-toy. Owned by my beautiful baby boy.

I came. He came. It was going to be messy down there.

He rolled off me, out of breath.

“You know I’ll do anything you want,” I said to him. “You’re my son and I love you. I love being fucked by you. I love the way you treat me. I love your big dick in my pussy. You can fuck me however you want.”

This may be a good place to introduce yourself and your site or include some credits.